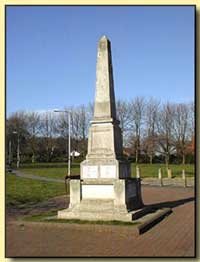 Madeley War Memorial, situated on The Green, near Russell Square (part of the local shopping centre) commemorates the dead of two World Wars. We hope to find details of all the local men and women whose names appear on the memorial – you can help us in this work – you will find below a full list of the names, ranks and units that appear on the Memorial – please send us any information you may have. Where we have information about an individual their name is highlighted as a link – by clicking on it you can go straight to their entry on a separate page.

You can also click here to read about the war time experiences of Reg Oliver, who, although he survived the Second World War suffered for the rest of his life as the result of his injuries.

The majority of this information has been sent to us by Annette Burgoyne, who has written a history of the 6th Battalion of the King’s Shropshire Light Infantry, the regiment to which most of the dead, particularly from the First World War, belonged. “The 6th Battalion Kings Shropshire Light Infantry 1914-19” (ISBN 1 903360 02 1) has 170 pages (A4 Size), contains a detailed history of the Battalion during the Great War, 33 illustrations from the Shropshire Regimental Museum and I.W.M., 22 maps (most of these are trench maps), a roll of officers and men (this is not a full list of all those that served, it’s about just over half), and then there is the Battalion’s movements at a glance (this section is ideal for anyone taking the book with them on a battlefield tour, and wishing to follow the steps made by the Battalion).
The book is available from the Regimental Museum, at The Shropshire Regimental Museum, The Castle, Shrewsbury, SY1 2AT. The cost is £12.50 plus postage and package.

We have also been contacted by Clive Blakeway, of the Shropshire War Memorial Association. Clive is researching the life of Major Charles Yate VC, of Madeley Hall, who was killed in the First World War. Click here for a page about Major Yate.

The memorial was originally sited in the middle of the crossroads at the junction of Church Street, Park Street and Park Avenue, but was moved to its present location in the 1970s as it was thought to be a traffic hazard. 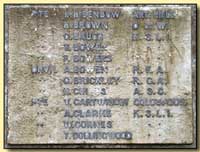 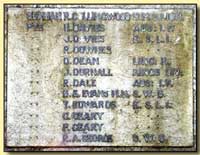 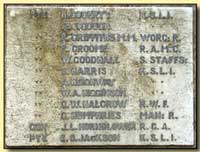 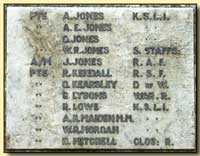 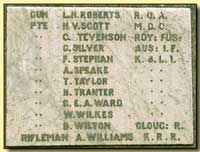 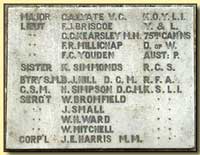 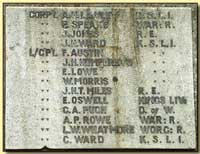 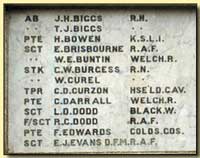 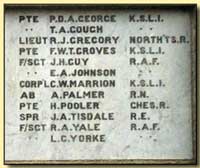 In 2001 it was brought to the attention of Madeley Parish Council that a name was missing from the War Memorial, that of Leading Aircraftwoman Margaret Hall, of the Women’s Auxiliary Air Force. Little is known about Margaret other than that she died on 21st November 1941 aged 19, was the daughter of Albert and Maud Alice Hall of Madeley and was a member of the British Red Cross. Thanks to the parish council her name has now been added to the memorial, which has also been cleaned and had the missing lettering replaced.