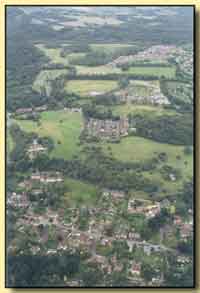 The booklet is dedicated to the memories of Gillian Weaver (who was largely responsible for initiating the project) and Alec Watson (who contributed so much information).

The idea for this booklet was conceived early in 2004 when The Shropshire Star published an article announcing that Lincoln Grange Nursing Home on Lincoln Hill in Ironbridge was to close and that the existing buildings on the site were to be demolished and replaced with a new housing development. At that time Gillian Weaver led a WEA study group in Madeley and several of her students had worked at Lincoln Grange, mostly during its time as a NHS hospital called The Beeches.

Until the mid-19th century Ironbridge was part of Madeley Parish and the group approached the Madeley Living History Project Manager with a view to campaigning for the retention of this group of historic buildings. The plan was to lobby for it to be listed by English Heritage and to research the history of the site and produce a booklet covering its history.

As a result of this the ‘Beeches Project’ was initiated and the group met regularly under the guidance of the Project Manager. In January 2005 application was made to the Department of Culture, Media and Sport (DCMS) for the building to be listed. Despite the boast on the DCMS website that ‘a decision can be expected within 3 months of an application being received’ we still (May 2007) awaited that decision. Apparently Lincoln Hill was being considered as one of a group of former NHS hospitals which were no longer required for their original function and DCMS intended to decide their future as a group.

However, the project members have persevered and have managed to trace the story of the buildings to the time of their construction as a purpose-built workhouse in 1875, when they replaced the old Madeley Union Workhouse in Belmont Road (now Ironbridge). During our researches we amassed pages of reminiscences and dozens of photographs and a decision was taken to publish the results without waiting for a decision on the listing of the site from DCMS. We were fortunate to be awarded a grant from Awards for All which has covered the costs of publication and – at present – it seems most likely that, should the site be developed, the existing buildings will be retained and integrated with the new development.

Sadly, two of the group members did not live to see this publication come to fruition. Gillian Weaver died in 2004 at the early age of 49 and Alec Watson died in November 2005. In their different ways both had contributed hugely to the project and it is with great pleasure that we dedicate this booklet to their memories.

However, I am delighted to report that, just as our booklet went to press, we heard from DCMS that the building has been listed by the Secretary of State – sometimes public lobbying can work!