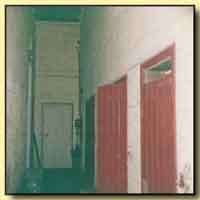 The Development of the Workhouse in England

Statutory provision of relief for the poor in England goes back at least to the 14th century – to the time of the Black Death – although there was always a strong emphasis on encouraging self-help. Until the Dissolution (1536-39) the monasteries often acted as local centres where rudimentary lodgings and victuals were provided in exchange for labour but, by the latter half of the 16th century, parishes were required to make provision for the ‘able-bodied poor’ to work and for the ‘impotent poor’ to be offered relief.

The pictures on this page are of the ‘Tramps Quarters’ at The Beeches. Click to enlarge.

Each county was required to set up a ‘House of Correction’ for anyone refusing to work. These were intended to change people’s approaches to life by teaching them the value of hard work. In 1601 all previous legislation was replaced by An Acte for the Reliefe of the Poore (known as the ‘Old Poor Law’) by which the various existing statutes were consolidated, churchwardens or overseers were appointed in each parish to oversee relief and a poor rate tax was levied on local property owners to pay for the various measures.

Parish poor relief came mostly through payments in money or food to those living in their own homes but the county ‘Houses of Correction’ remained in use although they gradually evolved into ‘Houses of Industry’. These were seen as a cheaper alternative where the poor would be given board and lodging – but usually no pay – in return for work.

The first record of the word workhouse dates from 1652 in Exeter ‘…The said house to bee converted for a workhouse for the poore of this cittye and also a house of correction for the vagrant and disorderly people within this cittye…’. Early parish workhouses were often just ordinary local houses rented for the purpose although some purpose-built ones are known. In some cases the poor were ‘farmed out’ and a private contractor undertook to look after local paupers in return for a fixed annual sum – their work could be a useful way of boosting the contractor’s income. The early workhouses were not always seen as places of punishment or even privation. Some earned the nickname of ‘Pauper Palaces’. 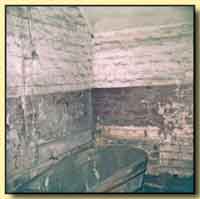 In 1834 the Poor Law Amendment Act formed the 15,000 or so parishes in England and Wales into Poor Law Unions, each with its own union workhouse. This was to be the only form of poor relief offered and was intended to be as off-putting as possible. Men, women, children, the infirm and the able-bodied were housed separately and given basic food of the gruel variety. Those capable were given hard work such as stone-breaking or picking apart old ropes (oakum). The ‘inmates’ as they were known wore the rough workhouse uniform and slept in dormitories. By the later 1830s workhouses were being designed specially to segregate the different categories of inmate.

Each union was managed by a locally elected Board of Guardians and the system was administered by a central Poor Law Commission. Conditions in the workhouses were spartan and the regime was harsh – the threat of the workhouse was intended to act as a deterrent to the work-shy. A principle enshrined in the ‘workhouse test’ was that poor relief would only be granted to those desperate enough to face the repugnant / degrading conditions. In practice most of the residents were either old, infirm, orphaned, unmarried mothers or the physically or mentally ill. For the next century the Union Workhouse was, in many localities, one of the largest and most significant buildings in the area – some accommodating more than a thousand people. Although many have now been demolished their former existence can be elicited from street names such as Workhouse Lane (now rare) or Union Street (still quite common).

Officially the workhouse era ended on 1st April 1930 when the 643 Boards of Guardians were abolished and their responsibilities passed to local authorities. Some workhouses were demolished or fell into disuse. Others were renamed and adapted for other use – usually as hospitals or homes for the elderly. The new names were often deliberately chosen to evoke a comforting sense of suburbia – the Laurels and the Beeches were quite common. However for many residents who stayed on, apart from the change of name, the only differences might be the abolition of uniform and a little more freedom to come and go and conditions improved only slowly even after the introduction of the National Health Service in 1948. For many years the hospital superintendent would still be referred to as ‘The Master’ by former ‘inmates’ (now called ‘residents’).