Turn left and walk up PARK STREET. Opposite MAYFIELD is 10b Park Street (30) which was previously Hallett’s stores. In the 1930s, it was run by T. Dorsett, as an ironmonger, electrical and wireless shop. 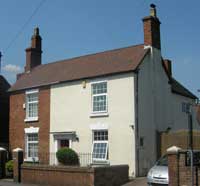 Further along is 18 Park Street (31) which was once the Hanging Gate pub. Now a private residence. 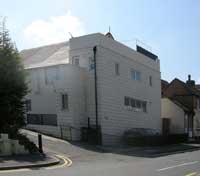 You will eventually arrive at 77A Park Street (32) (plaque L) on the junction with NEW STREET. It was built in 1859 as a Bethesda Chapel by the New Connexion Methodists. The chapel closed around 1907 and was converted into the “Parkhurst” cinema on October 10th 1910 by the Stead family (later the West End, later the Regent).

After the cinema closed in 1959 it was for some time an engineering works and later became a private house. 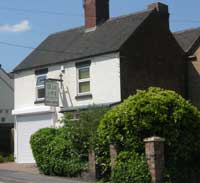 Across from the former cinema is 33 Park Street (33) another former pub called the Turners Arms. A famous landlord was John “Stumpy” Brown who lost both arms above the elbows in a mining-related accident. However, he later learned to write and became a teacher and preacher. He also learned woodturning, holding a chisel with his feet and produced the fine turned balustrades in the Anstice.

Retrace your steps down PARK STREET to rejoin the main trail.