Map can be viewed or downloaded here.

The trail starts at the Madeley Town Council offices called Jubilee House (1) (plaque A), originally a purpose built Market Hall and arcade opened in 1870. After closure in 1903, it was used for a variety of commercial businesses including the Jubilee Nut & Press Works. 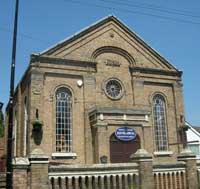 Turn left and go down HIGH STREET passing two impressive buff coloured brick buildings, (Barclay’s Bank was once a private house) before arriving at the “Aenon” Baptist Chapel (2) (plaque B). Note the foundation stone laid in 1857. 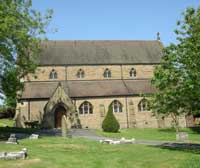 Next to the chapel is St. Mary’s Roman Catholic Church (3) built in 1853 in the early English style to a design of J. A. Hansom. Part of the adjoining presbytery was an earlier ‘Mass House’. 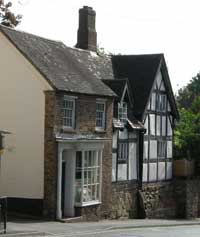 Further down, still on the left, is 61-65 High Street (4) which was converted into a single residence in the 1980s. The earliest part is of timber-framed construction and probably dates back to at least 1570.

Adjoining is Lumley Hall (5) (plaque C) a classical Grecian style building built in 1858 as Madeley County Courthouse. It was designed by George Reeves of London and built by the Nevett Brothers of Ironbridge. After closure in 1950 it was used as a church hall (popularly known as ‘St. Mick’s) and since the early 1970s has been used for a variety of community uses, including Telford Amateur Boxing Club and Madeley Music Project. 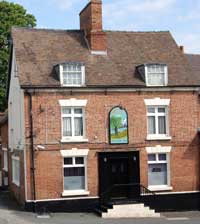 Adjoining Lumley Hall is the former Royal Oak Hotel (6). This 18th century red brick building was first licensed in 1850 and, with a large function room over the former stables, was noted for the part it played in supporting local sporting and friendly societies. It closed in 2009. 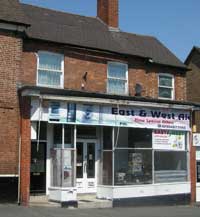 Next to the pub at 58 High Street (7) was the ironmongery and china shop run by Cliff and Fred Stodd (known locally as Stodd’s bottom shop). 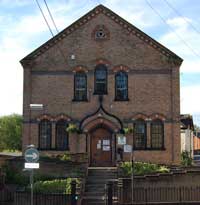 Crossing over HIGH STREET close to the junction with STATION ROAD you come to The Peoples’ Centre (8) (plaque D). This attractive building, with polychromatic brickwork was built in 1865 as Mount Zion Primitive Methodist Chapel. It fell into disuse in 1977 when the Methodist congregation moved to Fletcher Memorial chapel. Since then, it has been used by a variety of community and voluntary groups. (And is the home of this website).

On the opposite corner of Station Road is the Maharajah Indian Restaurant (9) which was once the Royal Exchange pub and prior to that was probably the home of the noted Methodist preacher, Mary Tooth.

Walk up the HIGH STREET to the CHEC building, 31 High Street (10) (plaque E), originally the Coopers Arms pub which closed in 1907. The premises were latterly used as a police station for a time, and then a boot maker (Benjamin Preece) and Charles Clissold’s shoe shop.